Brothers Fred and Murray Berman are Montgomery County natives with roots in community and family history in the restaurant business.

Formerly Hunter’s Inn, which opened its doors in 1977, the local eatery was purchased and renamed in 2002 by Fred Berman.

Before bringing his brother Murray in on the restaurant business, Fred was the ultimate businessman who has owned various entities such as Danny-Yo’s frozen yogurt, The Great Cookie, and Munch Time-Sub Shop. His M-Street Liquor and Deli. Lines went out the door with employees of embassies and the National Geographic Society. He was the original owner of That Amore off Shady Grove Road, and he has a restaurant in Crystal City called Fred’s Place. After all the exciting restaurateur ventures, Fred later gave Bo-Jangles of Bethesda to Murray, a previous and successful music distributor. He and his wife, Sylvia, ran it for three years, making Murray a first-time restaurant franchiser.

Fast forward to Hunter’s Bar and Grill, where they have teamed up to make “The Cheers of Potomac” their own for all to enjoy.

“It’s an interesting business, and we both always wanted to do it,” Murray says. “Being in business with family is like a marriage; it has its pros and cons. Unless it’s a really big deal, we get along great. We drink together, we eat together, we still love each other.”

Murray and Fred split the responsibilities, from determining food specials and purchasing ingredients to building repairs and hiring staff. Most of their kitchen staff has been with them for more than a decade. It’s that loyalty—that of both their staff and their guests—that Murray says sets them apart.

“Every time I go to a restaurant that’s a ‘chain,’ it’s run by managers,” Murray says. “I have nothing against managers; some of them are terrific. But my brother and I own this place. For us, it’s personal. This is our living. This is what we do, and we have to make sure that our customers are happy all the time. You don’t get that with management.”

The relationships the Berman brothers strive to forge with their clientele is the most rewarding aspect of the job, according to Murray. 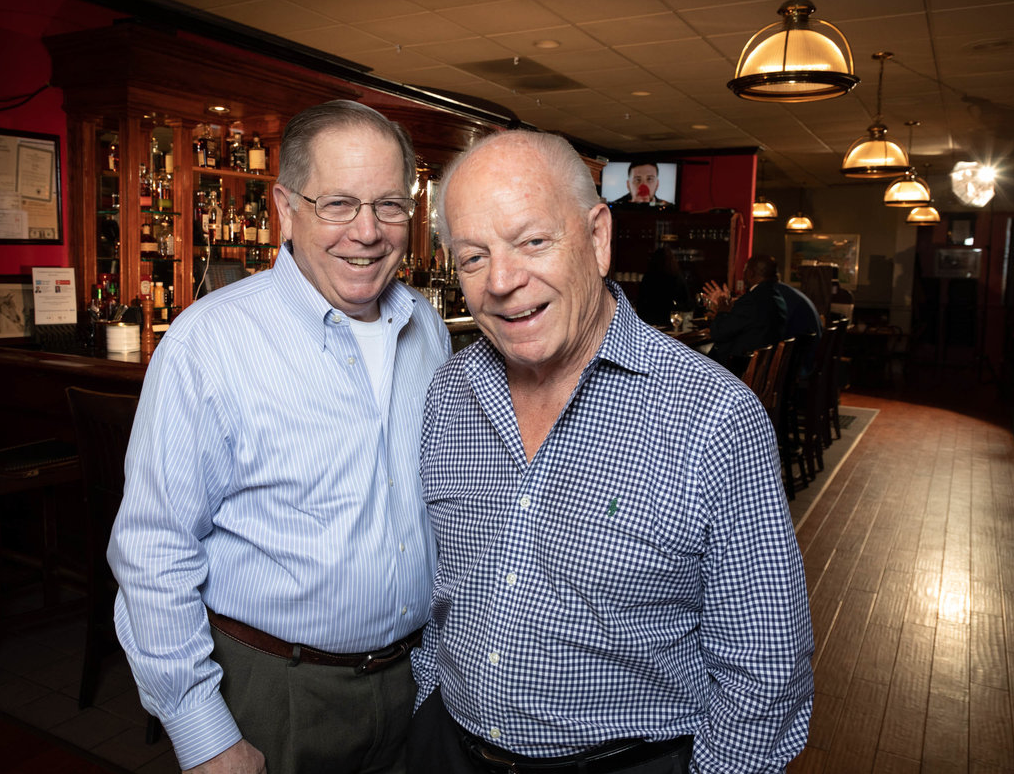 “The variety of people that you meet is unbelievable,” he says. “Some good, some bad. But most of our customers are regulars. About 90% of them come in often, and it’s a pleasure. It’s a lot of hours and a lot of work, but it’s not like sitting at a desk and typing into a computer all day long and not really interacting with anybody except the people in the office. We have hundreds of people that we meet and greet all the time; it’s really neat.”

The biggest challenge they face is keeping up with regulations, allergies and the ever-changing preferences of their diners’ palates, which Murray says they do their best to accommodate.

Almost everything on the menu is made from scratch, from soups to sauces and dressings. Murray says their food is not over the top, but consistent. A new guest might consider that they’re known for their burgers and mussels. And while Hunter’s is about quality over quantity, it’s also worth noting that portion sizes are generous.

“We give good food at a good value,” Murray says. “And we pour a great martini—biggest one in the county: 10 ounces. I feel like, sometimes, life is a ride that we need to enjoy. I like good food, food that tastes good. You gotta have fun with it. For a neighborhood restaurant, our food’s pretty damn good.” Read More

FROM THE BLOG
Recent Posts